With Danny now on the run, the town of Green Grove is even more convinced that he killed Regina, unaware the real killer is someone they never suspected. Jo continues to grapple with how much Danny and Lacey had been keeping from her, but is soon swept into the truth about what really happened to Danny’s Aunt Tara. Meanwhile, Tess, being the only one who knows Danny’s long thought dead father is still alive, has summoned Vikram back to town, but even she is not aware of the depth of secrets the Desai family holds. [4]

Jo is still struggling with her conflicted feelings about Danny when he turns to her for help while hiding out from the police. Danny overhears some surprising information about his father, which leads him on a quest to find out if his father is indeed alive.  Lacey brings some information to Kyle regarding Regina, which she doesn’t realize points to a surprising new suspect in Regina’s murder.  And Danny shocks Jo and Lacey when he finally reveals the details of what happened with his Aunt Tara all those years ago.

Meanwhile, Karen turns to an old friend (recurring guest star Ivan Sergei) for help in locating her presumed dead husband, not realizing Tess may hold the key to his whereabouts. And while searching for Danny, Lacey encounters new Green Grove resident Charlie (recurring guest star Jack Falahee), who quickly ingratiates himself into her life. [5] 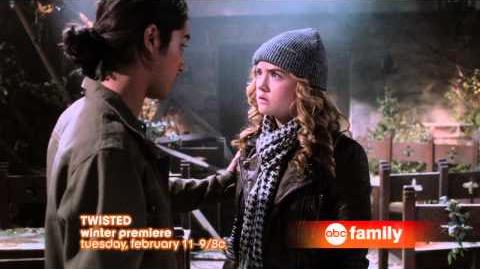 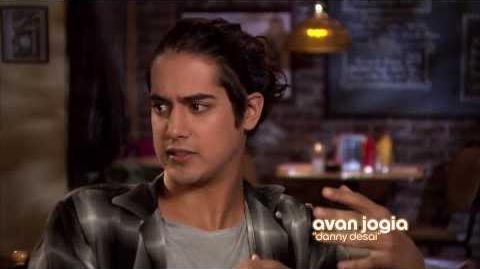 Behind the Scenes with the Cast of Twisted - Winter Premiere Tue Feb 11 at 9 8c!
BTS

Community content is available under CC-BY-SA unless otherwise noted.
Advertisement